As NaturalNews (www.naturalnews.com) has covered for years, researchers have found a profound link between breast cancer and low levels of vitamin D. Women with the lowest blood levels have the highest breast cancer risk and those dying of metastasized disease are the most vitamin D deficient of all. Scientists have theorized vitamin D has anti-cancer properties that influence cell growth, healthy cell differentiation and programmed cell death (apoptosis).

However, when researchers have looked only at levels of dietary vitamin D intake and breast cancer risk, their findings have been sometimes inconsistent. So what is going on here? Does vitamin D definitely have the potential to prevent breast malignancies or not? A large and potentially groundbreaking French study appears to have the answer: the key to breast cancer prevention may well be taking higher amounts of vitamin D through diet and supplements combined with regular, direct sunshine exposure.

The new research, headed by Dr. Pierre Engel from INSERM (Institute National de la Sante et de la Recherche Medicale, which is France’s equivalent to the National Institutes of Health in the U.S.), investigated data combined from a large, decade long study involving 67,721 post-menopausal French women. The analysis came up with clear, startling evidence that while vitamin D plays a role in reducing the risk of breast cancer, the addition of adequate sunshine exposure is the factor that substantially drops the risk even more.

The scientists found that women living in the sunniest places in the south of France, such as Provence, had only about half the risk of developing breast cancer then women residing in less sunny latitudes, such as Paris. Even women who had the lowest vitamin D intake but who got lots of sunshine had a 32 percent lower risk of breast cancer than their counterparts living in less sunny latitudes of France. What’s more, the women who consumed the most dietary vitamin D from foods and supplements and who had regular, generous sun exposure had the most significant protection from developing breast cancer.

In their research paper, which was just published in the journal Cancer Epidemiology Biomarkers and Prevention, the French team concluded that a minimum threshold of vitamin D obtained from both sunshine and diet “..is required to prevent breast cancer and this threshold is particularly difficult to reach in postmenopausal women at northern latitudes where quality of sunlight is too poor for adequate vitamin D production.”

They also noted that the minimal intake of vitamin D to reduce the risk of breast cancer is likely to vary with an individual woman’s ability to metabolize or synthesize the vitamin from both diet and sunshine exposure. Adding that the average American and French woman has relative low levels of vitamin D and tends to get little exposure to sunshine, the scientists recommended “…an increase in overall vitamin D intake should be encouraged by food and health agencies.” 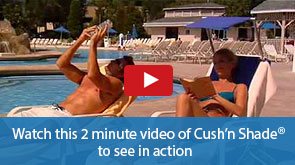 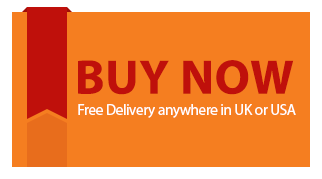